Hi everyone! We’re so sorry for the longtime radio silence. We have some exciting news regarding game release! We want to thank everyone for the patience and we understand how frustrating it must be to wait this long for Spirit Parade. We didn't want to promise any release dates that we weren't sure we could meet so after a long discussion and reorganizing, we decided on taking this path!

First off, to address whether the project is still alive... We have no intention of canceling Spirit Parade as a project. The three of us are fully committed to seeing it through. We apologize for taking this long and for the lack of updates. We really needed some time to reassess priorities, take a realistic look at the game and our goals for it, and figure out a time frame that could fit in our lives and schedules. We’ll do our best here on out to update this blog more frequently, even with small snippets of text or a cropped image. Before, we felt we could only update with big news and such but after talking to a few people who have purchased the game about what they would like to see, we understand that even a small update can go a long way!

Now for the big news... We’d like to announce that we’re changing up our original model of release. From here on, we’ll be releasing the routes individually as they are completed. This will take two forms. If you purchase the full game ($20 full-price), you will be able to download patches that add content to the base game. You will also be able to purchase and play each route separately ($5 each) as a stand-alone game. If you’ve already pre-ordered the game, you will automatically receive all the future routes and updates.

Unfortunately, voice acting for the game will be suspended for the time being. There have been some complications with scheduling and implementation and until those are worked out, none of the released routes will have voice acting. We hope to be able to patch the voicing into the game at a later date!

Hayato’s route will be first out, to be released on October 5th (full moon!). We expect to release Mikio’s in short order as well; it’s only missing a few CGs at this point and has already been beta-tested. We're aiming for a late December/early January release date. After that, the releases will be in this order: Shuye -> Haiyue -> Diaochan. As soon as we have definite release dates, we will be sure to announce them here.

Please note: Pre-order pricing for the full game will end after Hayato’s route is released. Starting October 5th, the full game will cost $20 USD. Up until now, we’ve been issuing refunds for the pre-orders with no questions asked. We understand that the game is taking much longer than originally planned to release and we’re sorry for that and understanding of any financial issues that may arise. Moving forward, we will not be issuing pre-order refunds if you have downloaded any of the new (paid) content. If you wish to have your pre-order refunded, please make sure that you keep that in mind. 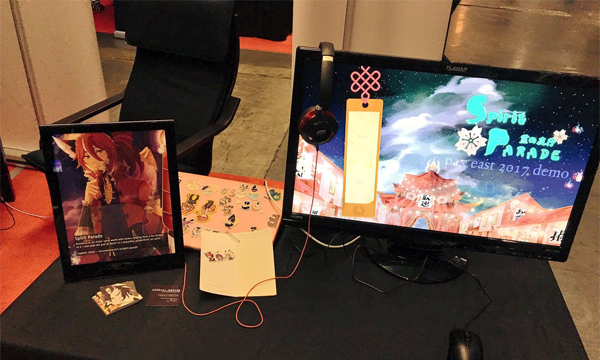 Also, a huge thank you to everyone who stopped by to see Lore and perhaps play the Spirit Parade at PAX East earlier this year! We sadly could not pass out our cute little Spirit Parade stickers, but hope you were able to enjoy our demo and those of our awesome boothmates.

We deeply appreciate everyone’s support and enthusiasm for the game still. It’s gotten all 3 of us through some rough times and we want so much for the final product to be something that you can enjoy and that we can be proud of. Please look forward to Hayato’s route in a few days and all of the exciting updates to come! 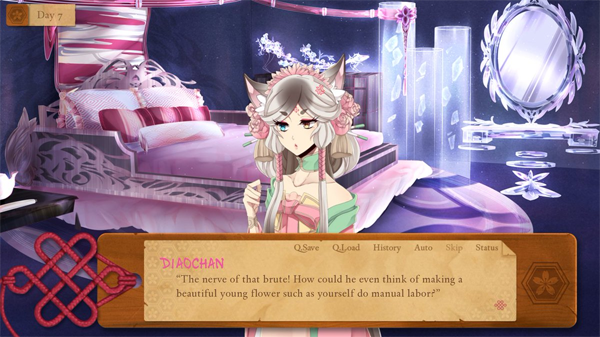